The Atlas moth (Attacus atlas) considered one of the largest moths in the world in terms of total wing surface area was found at the Mar Baselious Hostel today morning. The moth, named after the Greek titan Atlas, is a rare sighting in Kerala.

The moth was lying alive near the floor steps of the second floor. It garnered a lot of attention, and the many amateur photographers of the MB hostel had tried their hand at capturing the beauty of the exotic moth on camera. A few of the zanier students even took their own pictures with the moth, and a curious few took detailed measurements of the wingspan of the moth. Its snake-headed wings measured a whopping 22cm. The moth remained dormant for an entire hour even with all the activity around it, before it flew off and away. 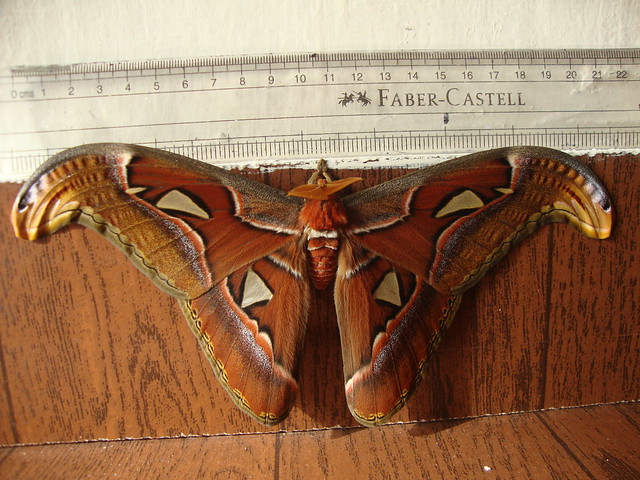 To know more check out these links.